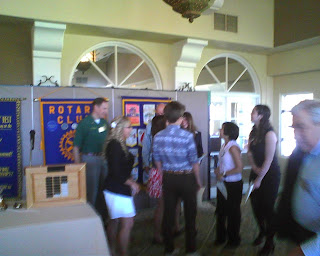 When he heard about the local contest, and that there were only four people signed up he thought it was an easy way to make a little money - there is prize money for first, second, and third place. But it was not the plan to win. He has a really good speech, its really a sermon, about the difference between Rotary on Grand Turk, and here in California.

After the contest was over we stopped by the Studio Diner, which I think I blogged about once before, to get a chocolate malt.

We had a good talk breaking down the results of the contest. Lucas said that we only have three rules in our house:

1. If you're not first, you're last
2. If you lay on the floor you get stepped on
3. There is no such thing as too much chocolate

Now, I am pretty sure that first rule is from a movie. And the second one is actually more of a life lesson, than a rule. And the tird one is a rule. In any case, Lucas would set the bar pretty high for all three rules.

It was a good four-way test speech contest this year. One of the girls told Lucas that the competition this year was at a totally different caliber than it was last year. She has competed every year for the last four years. Last month we had never even heard of the Four-Way Test speech contest I was very happy that Lucas worked on in his speech three different days this week.
Posted by Neal Hitch at 4:19 PM No comments: 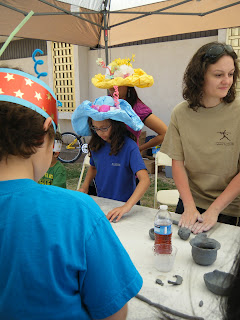 I think the best thing that I have been able to do at the Imperial Valley Desert Museum, so far, was to get Jessica out here. I have never worked with anyone who had more drive and aptitude with a desire to achieve excellence. I met Jessica at the Society of American Archivist conference in Austin, Texas, in August of 2009. She came to the Turks and Caicos National Museum to help run the Afterschool Homework Program grant and in the process cataloged and conserved 333 archival collections.

Read this for nostalgia.
In January, I hired Jessica as a curator to move the re-curation of the Imperial Valley College Archaeology Collection forward. But because of her willingness to take on any project everything is moving forward.

Yesterday, we hosted a hands-on coiled-clay art tabled at the El Centro Arts Festival. We went through 100 pounds of clay working with over 100 youth at our table. Jessica made a connection at Kohl's while we were hosting a booth at the Mid-Winter Fair and Fiesta and not only did they sponsor our coiled-clay art table, they provided five volunteers. 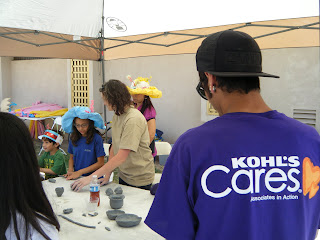 Hurray for Kohl's. Their volunteers were amazing. It is cool that in this small community how many of the national corporations interact as very local organizations. Without them I think the community would be hard pressed to get anything funded. The Kohl's just opened here right before Christmas. We go all the time. I think it reminds us of home.

The coiled clay art activities are becoming the core of our public outreach program. The activity is tied into our ceramic olla collection at the museum, but as an art activity it integrates very well in the school system. We piloted the project last summer at the museum. This year we piloted the project at the Southwest High School Art Club, and we have now been asked to develop programs for Desert Gardens Elementary School and Holtville High School. 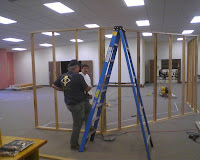 Ouch! where has February gone. This has been a crazy month. I am sorry for not blogging.
I came out to the Imperial Valley 13 months ago to create a plan to open a museum that was built in 2008, but never opened. Well, on March 1 we opened a museum.
This month has been spent meeting with the Board of County Supervisors, with Caltrans, with SDG&E, and the superintendents of Imperial Unified Schools and 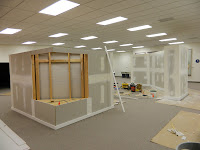 El Centro Elementary School District.
In between all of that, we have built exhibit walls and installed a conservation lab. 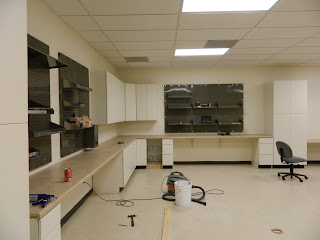 Posted by Neal Hitch at 9:58 PM No comments: