This blog started on September 9, 2007, with a post entitled "Starting from Scratch." Now, nine years later, it feels a little the same. I have been in a totally unfurnished apartment for the last 30 days,  In fact, when I re-read the first couple weeks of blogs from our move to Grand Turk...It sounds a lot like my experience of being here for the first couple of weeks. 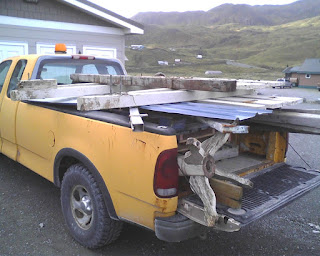 This weekend, however, I borrowed a truck and was able to source a whole bunch of trash and scrap. On Saturday I watched Ohio State football game. And then on Sunday, I started making furniture.

I finished a coffee table and a bar-height dining table. These were made from a sign that was removed from the Methodist Church. Just to be clear, I did not remove the sign, the posts had rotted, I made arrangements and took it off their trash pile. 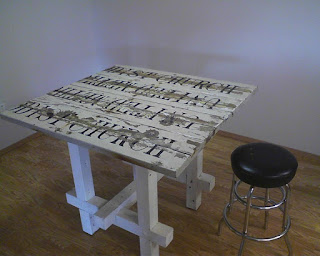 I have plans for a couple other pieces, but they will have to wait because I am flying out today to a couple of conferences.
Posted by Neal Hitch at 7:36 PM No comments:

This week we hosted a large cruise ship with 2500 passengers on board. About 500 visitors came through the museum in just a couple hours. I am going to guess that 75% of the people coming up to the front desk asked if we had a senior discount. At first I just said no, but that did not get a very good response. So, I stated saying, "Everyone who comes to this museum is a senior, so $7.00 IS the discount." This generally got a chuckle instead of a sneer. I also noticed that Kayla, our new visitor services rep started saying it, too. It was effective.

Yesterday, Kayla was Googling definitions and found this.

Come on! Even Google? The definition is literally "senior citizens are admitted free to the museum."

As if it was not hard enough already to keep our museums funded and going. I wish I had a little Google money to cover all those free admissions.

Well, given this interpretation of the definition, I wanted to post a sign saying "No seniors admitted."

But everyone else thought this was a really, really bad idea. Now I am thinking about raising our admission price. Then I can afford to give a senior discount.

Posted by Neal Hitch at 7:07 PM No comments: 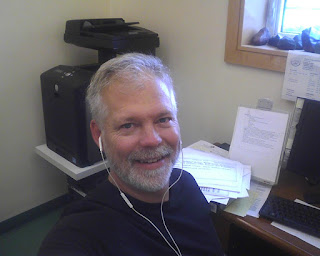 Today is day 31. I have come into the museum every day for the last month. Working usually ten hours a day. The first couple weeks were about figuring out the building after it has been closed for nine months. We have had a fire inspection, fire alarm inspection, boiler inspection, backflow preventer inspection, a leaky toilet fixed, keys to locked doors found, Also, I had to figure out the gift shop and point of purchase procedures.

The day after my plane arrived a fog rolled in and no planes landed for the next three days. The transition team that was supposed to complete my on-boarding did not arrive. On day two we had 159 cruise ship guests and sold $619.25 out of the gift shop. I did not record the sales. On day five we had 621 cruise ship passengers in about three hours and sold $2,269.30 out of the gift shop. I recorded everything down on a yellow legal pad as it sold. The bookkeeper just now figured out that mess and reconciled the deposit this week. In the 31 days we have been trying to make due with no system and no staff in place, we were only off by $4.25. Probably a note card. We now have the point of purchase system figured out and I am training people on it.

The second two weeks have been about figuring out direction. I hired the first staff person, a part-time visitor services representative. I have written and advertised the Collections Manager position. I have also re-written the Experimental Programs Intern position I developed at IVDM. These jobs have been posted on the Job Board at the Western Museum Association website.

I extended the lease on the unfurnished apartment. This will allow me to house the education intern. With no car here, I walk 2.5 miles to work and 2.5 miles home. It rains here everyday, so one of those walks is usually in the rain. And this week I gave myself a haircut. It does not look bad because my phone is so crappy.

On the flip side, I have gotten to see two football games. Though not Ohio State football, and Monday Night football starts here at 4:30PM, so I have to leave early from the museum to catch a game - but the one hotel is next door so its not much of a walk.

Posted by Neal Hitch at 6:07 PM No comments: 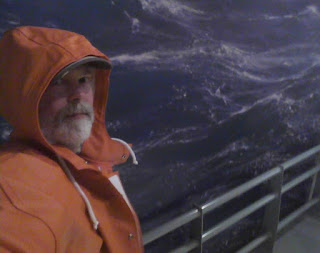 At the Museum of the Aleutians there is a gallery that is designed to tell the history of the fishing industry and the Coast Guard, but it does this very ineffectively. The panels are arranged in an awkward layout, 1/4th of the room is devoted to a ship model, most all of the interpretation is from a 45-minute video that plays on a loop, and there is a strange area (half of the room) devoted to a fake ship deck sort of looking thing. There is also rain gear hung on the wall. 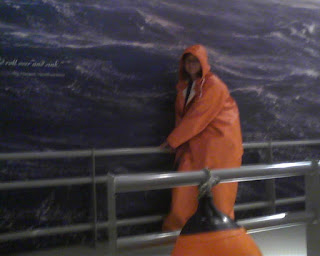 I think this exhibit area was designed as a selfie station, or at least a photo op. But there are no signs, directions, or indications that you are supposed to try on the rain gear.  In fact, in the three weeks I have been here 1,554 visitors have come through the building, and I have never seen someone put on the rain gear. Visitor stay tine in this part of the exhibit is the lowest of all the galleries.

I brought this up to the one person I have hired on staff so far, and she did not know what I was talking about. So we took turns trying it out to see if I was right.

Deneen said it looked fake. I reminded her that it is totally fake.
Posted by Neal Hitch at 9:51 PM No comments: 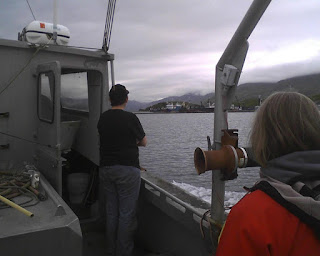 Today, the Crystal Millennium was in port. 2250 people got off the boat, 500 came to the museum. But, again, I will talk about this later.

What I want to talk about is what happened last week.

Last week I tagged along on a boat ride to Hog Island with a Fish and Wildlife guy and a couple of archaeologists. This was my first trip on the water and my first trip to an outer island. 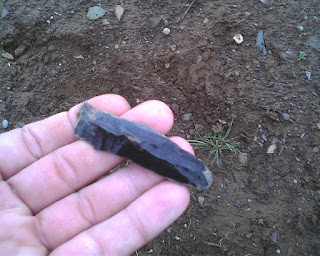 The archaeologists were looking for sites that had been excavated in the 1990s. Hog Island has not been inhabited since WWII and they thought the sites should be visible from where the 1m x 1m test pits had been dug. They were right.

Archaeological testing has been limited on the island, which surprised me because everywhere I looked I thought the land forms looked good for prehistoric occupation

And everywhere I looked I found evidence of this. There is a lot of work that could done here and that is exciting.

But that is a story for another time.

This blog is about whales.

On the way back, we passed by three humpback whales swimming in Captains Bay. There were whales in Grand Turk, and there were whales in San Diego, but this is the first time I have ever seen whales. And they were really close. It was cool.

The whales have been in the bay for the last two weeks. Today, the passengers off the cruise ship were able to walk to the bay and see them. They are spouting and just hanging out. I saw them again, just catching a ride home tonight.

How cool is that. Whales for the first time.

Dinner and a Movie 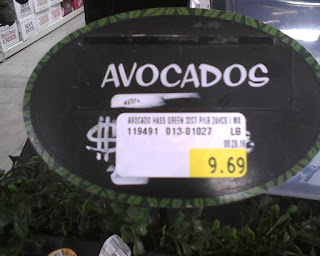 This weekend was Labor Day weekend I think. I worked all weekend at the museum so it doesn't really matter. I have been redoing the gift shop at the Museum of the Aleutians. I recorded visitor statistics during August, and I have a strategy to increase shop sales. I have a goal to double sales. But I will discuss that later.

On Saturday I invited the archaeologist who is completing research in the collection over for dinner. She has been on the island for three weeks and has been camping. I have no furniture or really anything else. but I did bring two iron skillets - perfect for Mexican food,


I made jalapenos stuffed with black bean and cream cheese and carne asada tacos with a home-made guacamole. The guacamole was good, but the most expensive thing we ate. I can't believe how much avocados are here.  They were basically free in San Diego, but we are not in San Diego any more Toto. My small bowl of guac cost $8 bucks. I might as well had bought it at Chipotle.

You can take the boy out of the country, or something like that.

Oh, and no movie. I don't have any furniture; let alone a TV.
Posted by Neal Hitch at 8:36 PM No comments: 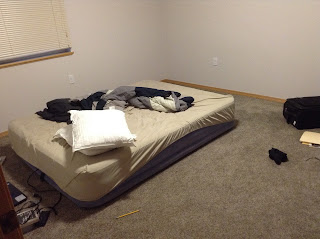 I have not been able to post a blog because the internet is too slow to upload. Also, when I talk on the phone the call drops about four times.

Dave got so frustrated he stopped calling. Deneen is even more frustrated.

After a week of frustration with the internet at the museum, today I bought 4 gigs from the Optima Hotspot that every one says is the fasted internet connection. It is $25 per GB.

But, now I can blog.


So, this is a picture of where I am living. I have rented a three bedroom unfurnished apartment. I have an mattress and two folding chairs. Today, however, is a really important day. My two pillows finally arrived from Amazon Prime. It only took 11 days for the two day delivery.

This may seem like a little thing, but it is huge. I have been working 14 hours a day and then coming home to sleep without pillows. Enough complaining. I am going to go to sleep on my new pillows.

....if only I had ordered pillow cases.
Posted by Neal Hitch at 9:00 AM No comments: