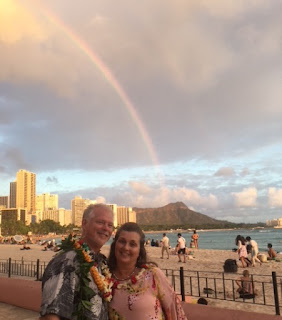 Huakaiʻi is the annual fundraiser for the Hawaiian Mission Houses Historic Site and Archives. It is done in a dinner, program, and live auction format, and was hosted at the historic Royal Hawaiian Hotel in Waikiki.

At the Imperial Valley Desert Museum we created an annual fundraiser, as a wine tasting, and watched it grow over a three year period. Huakaʻi is in its seventh year. The first five years the fundraiser was done on site at the Mission Houses. Last year, the event was moved to a new, much more glamorous location, and saw large growth. This year, our goal was to grow the event even more. The program was to honor the work of Tahitian Missionaries who came to Hawaii to help with the translation of the Bible. We had two historical characters developed through our History Theater and a Tahitian band, Mana Tahiti, who were amazing.

We special ordered a rainbow to be placed over Diamond Head. Right at sunset. It worked perfectly as a selfie station. It will take a week or more to do all the bookkeeping for the event, and because there is so much work leading up to Huakaʻi several staff people have taken vacation days this week. But, it was a great event to be a part of. See you there next year. 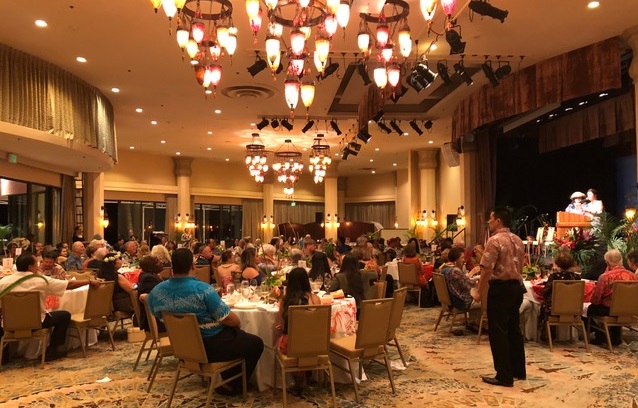 Posted by Neal Hitch at 3:41 PM No comments: 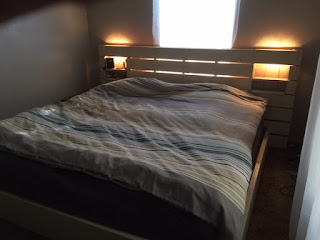 I struggle whether to think of myself as having a skill at making furniture from trash, or just being cheap. After I got married, I made a bed frame for a water bed that I bought for 1 cent. Deneen and I slept in that bed for nearly 20 years.

In the desert, I made a headboard out of an 8-foot pallet that had been used to ship part of the "Land of Extremes" exhibit. This bed was made from two twin beds put together. It was huge, and the most comfortable bed I have ever slept in. 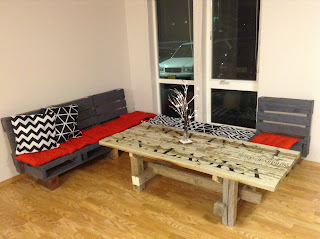 On September 20, 2016, I wrote a blog about getting a pick up load of trash to make furniture for my unfurnished apartment in Alaska. The score was two signs that had been up at the Unalaska United Methodist Church. These made a fantastic Unalaska coffee table, and a pretty cool bar table. Out of pallets, I made a side table/bar and couches.

The couches were not comfortable. But at least they made the apartment feel like it wasn't empty. Cause you know, it was empty. 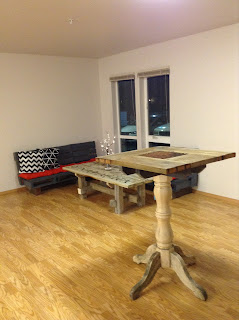 I hope they didn't sell the couch. It was not very nice. But I am happy that the tables survived. I really thought they were cool.

One man's trash is another man's furniture! 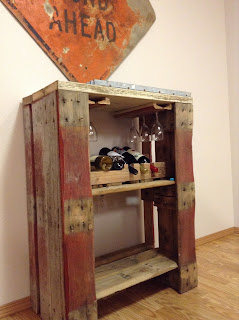 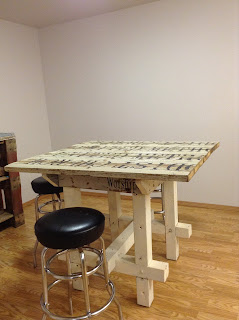 Posted by Neal Hitch at 2:33 AM No comments: