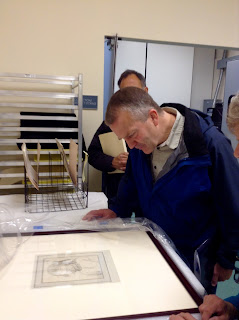 This has been a very busy two weeks. Three cruise ships, a wedding, a climate change conference, three researchers, and a visit from the Senator Dan Sullivan (R). The senator was in Unalaska for three days. Mostly to talk about the fishery. Need I remind you, Dutch Harbor is the number one fishery in the United States for pounds landed.

If you are go to Red Lobster for Crab Fest you are eating our catch.

But the Senator also came to the museum. He was scheduled for 15 minutes, I think. but stayed for nearly 25 minutes. This is a picture of him looking at the Women of Ounalashka, our most famous and important artifact.

I did not get to put my two cents in about the importance of funding the IMLS and the NEH, but I will send that on to his aid.
Posted by Neal Hitch at 11:46 PM No comments: 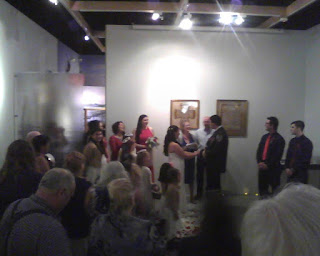 Almost everyone I have met on Unalaska Island wants to know when the museum is going to be opened. This has a very familiar ring to it. It is the same question everyone asked in the Imperial Valley in California. This is a hard question for me. There is no staff. In fact I have not even started looking at what the staffing plan looks like.


At the same time, we have been open this week for cruise ships and there are two Ph.D. students who came to the island to do research in our collections, we hosted a dinner for a climate change conference, and had a wedding. I have been working 12 hours a day, and my visitor count is 971.
Posted by Neal Hitch at 6:23 PM No comments:

The Crystal Serenity was here yesterday in Unalaska. This is the first cruise whip to go through the Northwest Passage through the Arctic Circle.  Here is an excerpt from a Washington Post article,
"The once forbidding Arctic region, home to polar bears and ice-covered seas, has melted enough that this summer, it's open not only for shipping but high-end tourism.
The proof lies in the Crystal Serenity cruise, a luxury tour of the Arctic that promises to carry passengers through the storied Northwest Passage and across the roof of the world. The controversial cruise was scheduled to set sail Tuesday from Seward, Alaska, and dock 32 days later in New York City.
Scientists have long predicted this moment, although as recently as last year, a scientific study found the Northwest Passage would remain too unpredictable for regular shipping for some time to come. But that hasn't stopped some commercial shipping vessels from already making the journey. Nor did it stop the planning for the Arctic's inaugural cruise – a journey that will mark the first case of mega-scale tourism in one of last virtually untouched landscapes left in the world.
As many as 1,700 passengers and crew were expected to be on board the Crystal Serenity, which will transit the Bering Strait and visit Greenland. Tickets for the historic journey started at about $22,000 and went into the six figures. That price doesn't include extras that guests can book, such as a helicopter ride or side excursion to a Greenland glacier."
Posted by Neal Hitch at 10:49 AM No comments:

Ok, really second day. I arrived Sunday night. Monday was spent just getting keys, learning where lights switches are, going to grocery store,  figuring out where I get cell service, how I get on the internet, etc.

Evidently, the plane I came in on was the only plane to land over the last two days. It has been really foggy. The two people who were coming to the island to walk me through the staffing transition are still stuck in the Anchorage airport.

So, much like my first two days on Grand Turk, I had about eight hours to prep read, and figure out the gift shop before the first cruise ship arrived to Unalaska on Tuesday, I also had to find a person to hire to run the gift shop for three hours.

The ship was a small  French luxury cruise ship that sailed out of Nome with 188 guests. They anchored in the bay and were brought to the island on Zodiacs, 10 passengers at a time. They disembarked on the beach below the museum in heavy rain gear.

All the passengers came through the museum and we were reimbursed by the Chamber of Commerce, who invoiced the ship. I did not understand this. On Grand Turk we estimated that we would service 3% of the passengers on any one cruise ship. But here we service 100% of the passengers. It was not chaos on Tuesday, however, the ships that stop in Unalaska are filled with guests who are traveling to extraordinary places, the tickets are expensive, and they are interested in learning.

On Friday, the Crystal Serenity will be stopping. This ship will have 1,700 passengers on board. The ship is taking a month-long voyage between Alaska to New York and will be the first cruise ship to circumnavigate the Arctic Circle.

I have also been attending a Climate Change conference that is being hosted on island all week. There has been a lot of conversation about erosion, ship wrecks, warming, ocean acidification, and other stuff that goes way over my head, If you want the best evidence of global warming and ice melt - next week will be the first circumnavigation of the Arctic Circle by a CRUISE SHIP!
Posted by Neal Hitch at 11:13 AM No comments: 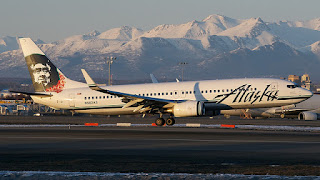 Left San Diego at 4:30am and I have just arrived in Anchorage. In a couple hours I will be getting on a small plan to Dutch Harbor to start our new adventure. I will be working at the Museum of the Aleutians for the next three months. 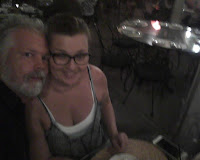 Last night, Deneen and I ate at our favorite restaurant  in San Diego, the Cosmopolitan Hotel in Old Town. we had a wonderful evening.

I am not sure what will happen for the rest of the day. It has been a long day of flights and I still have one to go. I will get into the apartment I have rented for the month and figure out a plan for tomorrow.
Posted by Neal Hitch at 2:30 PM No comments:

Lucas' Life Through My Eyes 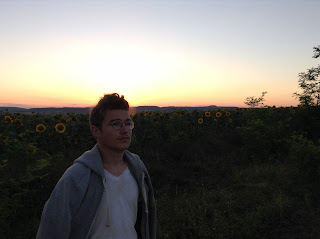 In May, 2012, I wrote a blog post with a bunch of pictures I took of Lucas in amazing places. It is one of my most viewed posts.

I think I was trying to point out that I did not want to hear any more of his complaints.

He is much older now, and rarely complains. But it still seems that I am taking photos of him in amazing places. 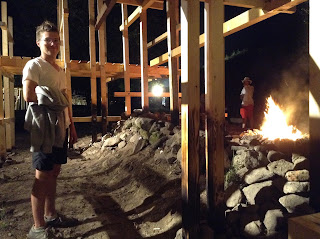 After Lucas spent the last seven months in London, I met him in Hungary and we worked on the project that has been the focus of the last several blogs.

He leaves Columbus, Ohio, today to begin his senior year in the school of architecture at Judson University, which will also probably be amazing.