Last year at the Hello Wood Art and Architecture Festival in Hungary, Lucas and I had a long conversation about "typology."

By definition: a classification according to general type, especially in archaeology, psychology, or the social sciences.

This past year we have seen several projects built or conceived that, when I put them together, look very similar, like a typology. Though each was a unique project with its own complex issues to solve. Including Cathedral Village, which was submitted for Hello Wood: Cabin Fever 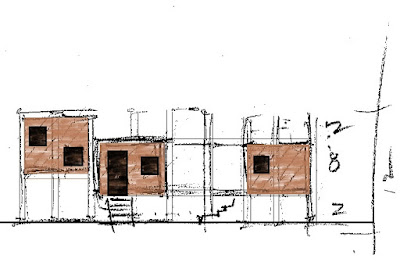 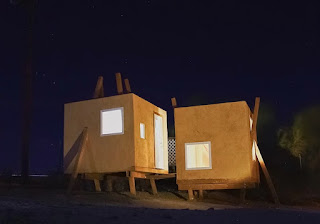 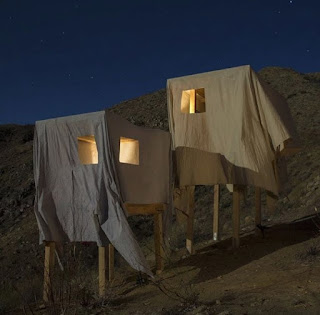 Ghost House, at the Space Saloon art and architecture camp in Morango Valley.
Photo: @-danielshwartz
Posted by Neal Hitch at 12:12 AM No comments:

In 2016, when I went to Alaska, I moved into an unfurnished apartment and then built furniture out of pallets I found. This was discussed in a blog post dated September 20, 2016.

When I moved to Hawaii I moved into an unfurnished apartment, but I decided I would buy all new furniture. But it soon became apparent that I like the furniture I had built from trash more than the furniture I could buy. So, as I walked back and fourth to work, I began looking for discarded materials. 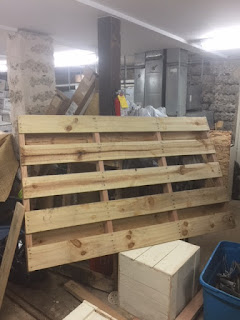 What was needed first was a very large pallet, not the usual ones you see. I found one in front of a Japanese restaurant that was being remolded. It had originally had kitchen equipment on it when it shipped to Hawaii. Perfect for a headboard. Others followed. And soon I had the makings of a set.

For several days I worked in the small wood shop at the museum, cutting, sanding, painting, sanding, and varnishing. Before Deneen arrived, I had put together a more than functional bedroom.

Her first week here we happened to walk by a Sears appliance store and happened into a $4,000 display mattress that was 75% off. An extra 10% "if we bought right now" was an offer we could not refuse and our functional bedroom has become quite nice. 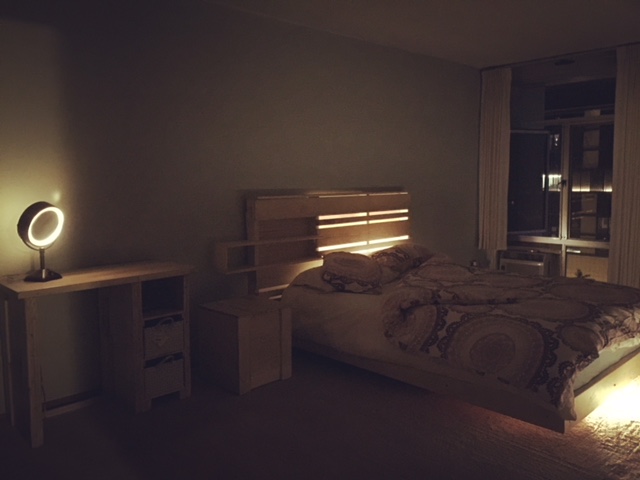 Posted by Neal Hitch at 7:14 PM No comments: