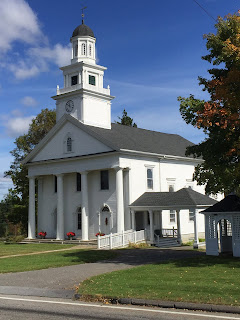 First week of New England Tour of "My Name is ʻŌpūkahaʻia" was spent crisscrossing Connecticut. The tour started in Goshen, on September 29, 200 years to the day that Hiram Bingham and Asa Thurston were ordained as ministers to go to Hawaiʻi.

This performance was a Sunday morning service. Everyone came to church in Aloha shirts, which was pretty cool.

Peter Young, the President of the Hawiian Mission Houses and a Hiram Bingham decendant gave a very emotional "testimony" of the fact that without Goshen Congregational Church he would not "be" (Hiram and Sybil were introduced at Gashen, 10 days later were married, got on a ship to Hawaiʻi, and concieved his ancestor on the 165 day voyage).

Three days at Yale followed, including an amazing lunch at Edwin Dwight College, a first for me! and two days of Pizza, evidently New Haven is known for its pizza. 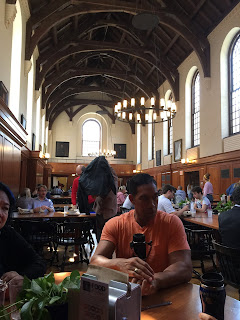 A stop at Sturbridge Village, an amazing third person interpretive village in Massachusetts, but on the border of Connecticut.

And then Cornwall Congregational Church, where ʻŌpūkahaʻia died and was buried.

"There was only one week in Connecticut?" is how Poʻai just characterized it. 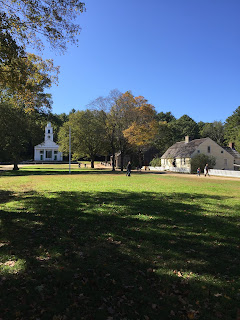 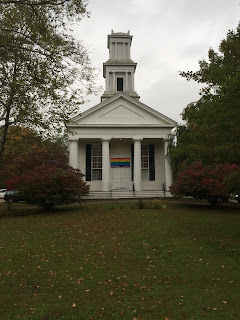