What do you think of London? "I think London is a four-hour Monty Python sketch that is never funny." Lucas has always had cute things to say. Somewhere we have a scrapbook from when he was just learning to talk and he would be soooo cute.

The last four days have been a whirlwind. We have authenticated, wire transferred, and packaged. Today, I took possession of the earliest known image of the Turks and Caicos Islands. It is a water color image of Grand Turk. It is a view of the west side of town from the ocean. It is a very significant acquisition and it is wonderful.

When we were at the Natural History Museum a couple days ago, Lucas read an exhibit on recent discoveries which included the skeleton of Lucy and the discussions of Australopithecus and Homo Habilis. The scales fell from his eyes. Today, he wanted to go back to go through the Darwin Exhibit. 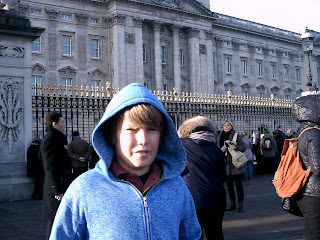 Through all of this we nearly had fun. The pictures should show this. Here is Lucas nearly meeting with the Queen at Buckingham Palace. And Lucas nearly on the Prime Meridian at the Royal Observatory. And Lucas at Leicester Square nearly next to Will Smith at the premiere of Seven Pounds. And Lucas eating Chinese carry out nearly at China Town. Oh, and Lucas eating Chinese food in front of Will Smith, who is much bigger than he looks in the photo. 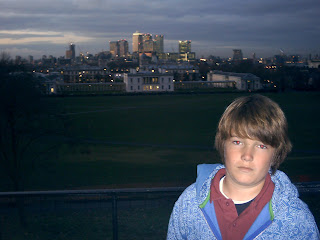 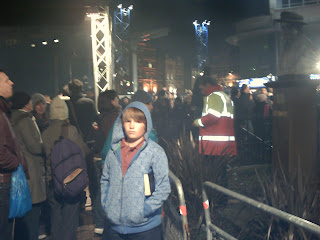 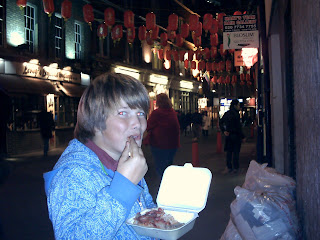 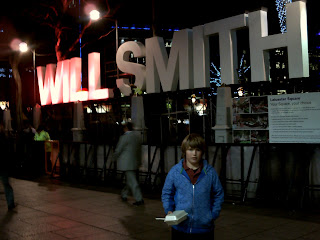