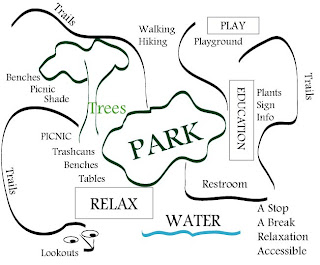 It is about 2:00 in the morning. I have just finished a 59-page grant in the amount of $2.1 million. The grant is for the creation of "new parks." It just so happens that when the museum property was transferred by Congressional Act 990, it was conveyed to be “reserved, maintained, and utilized for public park (including museum) and recreational purposes.”

The new parks are specifically to be placed in communities with significant poverty. Well, lucky for us, in December 2010 Imperial County, California, had the highest jobless rate of any county in the United States.

You would think that we should have a competitive grant application.

The grant has taken almost the whole month of June. This included five public meetings, estimating the construction of a dozen recreational features, getting a willing seller agreement for the 48 acres behind the museum in the last 24 hours, and finding a consultant to draw a site plan with a two day turn around (for free, knock on wood).

I am sick of writing about the challenges and benefits of a new recreational park. It is interesting though. There are real challenges here. The community has been working on this museum for 24 years. That is a long time to raise funds, secure grants, build buildings, and still not get open.

Museums seem like they cost a lot of money. But do they really? Right now there is a power line being constructed within a mile from the museum. It is costing $1.8 billion dollars. Soon the Ocotillo Wind project will start construction. It is a billion dollar clean energy development that will be built on 15,000 acres around the museum.

So really, a couple million seems like peanuts. But convincing people of that is another story.

The second round of the California State Parks Development and Community Revitalization program will be putting $185 million of bond money into developing new community parks. From what I have been able to piece together, I think there will be about 40 new parks funded. I think just over 10% of applicants.

I really wish I would have gone into energy development. With clean energy projects I could probably still feel good about myself.

I can write a pretty mean grant though.