Stuff is Getting Done, Finally! 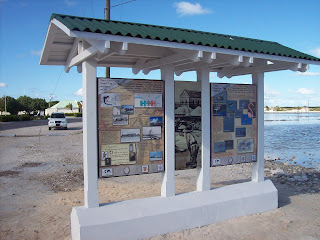 These are images of two projects that have taken forever to complete. It is so hard to get anything done here. Every part of a project takes a super long time. When all the parts each take so long, the entire project then gets dragged into literally years. This week we finally finished the Salinas kiosk. This project was part of a couple larger projects that are not being completed now. But it still works as a stand alone interpretive panel. The kiosk was contracted to be completed in September 2008. The hurricanes put us back a year, and then it still took five additional months. 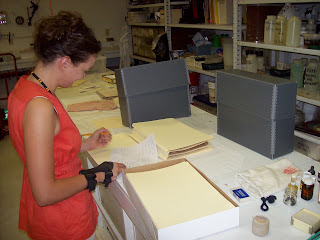 We also finally received our archive conservation materials after waiting nearly four months for shipping. Jessica should have started on this project when she came in January. We had anticipated everything being here sitting ready.

The archive project is very cool though. We are finally beginning to look like a functioning museum. At least now if you asked for "Dispatches Received, 1899" we could go down, pull the box, and let you look through the archival records. Can you imagine that?
Posted by Neal Hitch at 5:06 PM